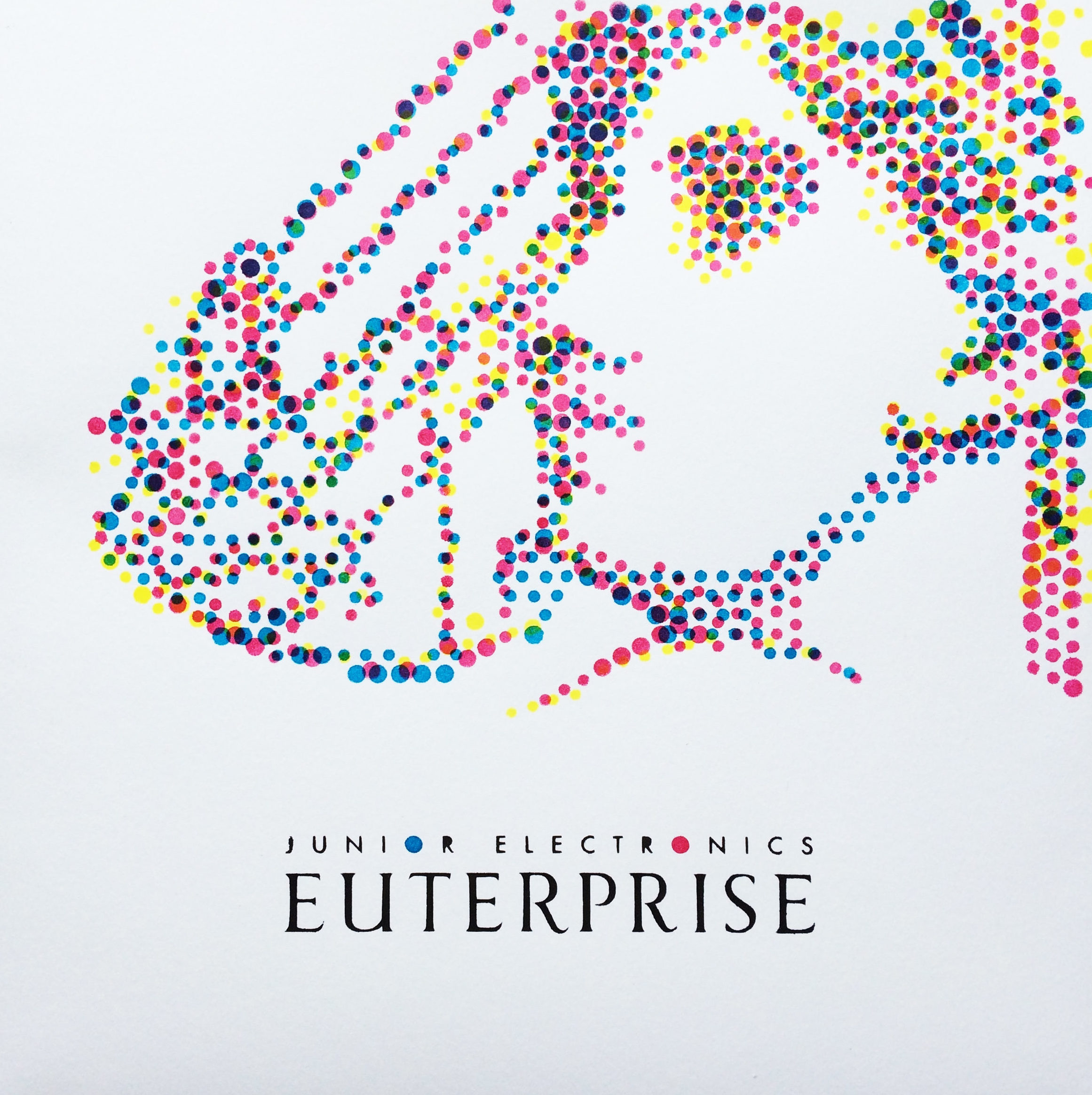 The Euterprise EP is a four track EP by Junior Electronics, composed and produced by Joe Watson.

The mixes presented here are unmastered, digitised directly from the 1/4″ tapes of the final mixes.

The following four pages document the complete production of each song. They are presented here in order of completion. General principles of the recording are detailed below.

Documentation of record cutting and the artwork for the PhD submission

Lyrics, some notes on songwriting, and demos for these four songs here

General principles of the recording

Produced under the following rule:

Audio shall not be digitised at any point in the production process from source sound to final product (vinyl or other analogue format).

No digital instruments, samplers or synthesisers are used – sound sources are analogue electronic or acoustic. All recording happens to tape: all tracking is to 8-track ½” multitrack; this is then mixed to ¼” 2-track; the mix is then cut to vinyl via an analogue mastering process. At no stage are tape tracks dumped into the digital audio workstation (DAW) for editing; mastering does not include a digital stage for such delights as brickwall limiting; in other words, there is no conversion of audio into or out of the digital domain.

Digital recording has been used for the purpose of archiving (that’s what you listen to here). This is especially useful with the 8-track tape, since when tracks are bounced they are usually then wiped by something new. The archiving (to Logic 9) gives a record of how the multitrack developed through the production process. The digitised tape tracks in the DAW are also sometimes used to demo new ideas.

Everything is recorded at Timepass studio, Brighton, UK. The studio has a separate live room, which you can see in some of the videos. Much of the recording, though, happens in the control room.

Equipment common to all tracks

More or less everything runs through this desk in these recordings