For the PhD submission three vinyl records were cut of the Euterprise EP.  These are 12″ 45rpm, with two tracks per side. These go to the three examiners. I also hand-made the artwork for each of the three records.

The three records were cut byJonathan Harris Cowley at Cutting Grooves in Epsom, Surrey. Jonathan uses a modified Tecnnics 1210 to produce what’s known as a lathe cut (or endless dubplate, one-off vinyl, vinyl carving). For those interested in the process, the forum The Secret Society of Lathe Trolls is recommended. I chose Cutting Grooves from the multitude of places offering this service because they have a Revox B77 reel to reel machine, which meant I could take along the 1/4″ mastertape, and keep the signal path in the analogue domain. Most lathe cuts are from digital files.

Artwork for the three records was hand-made in the week before the PhD submission. 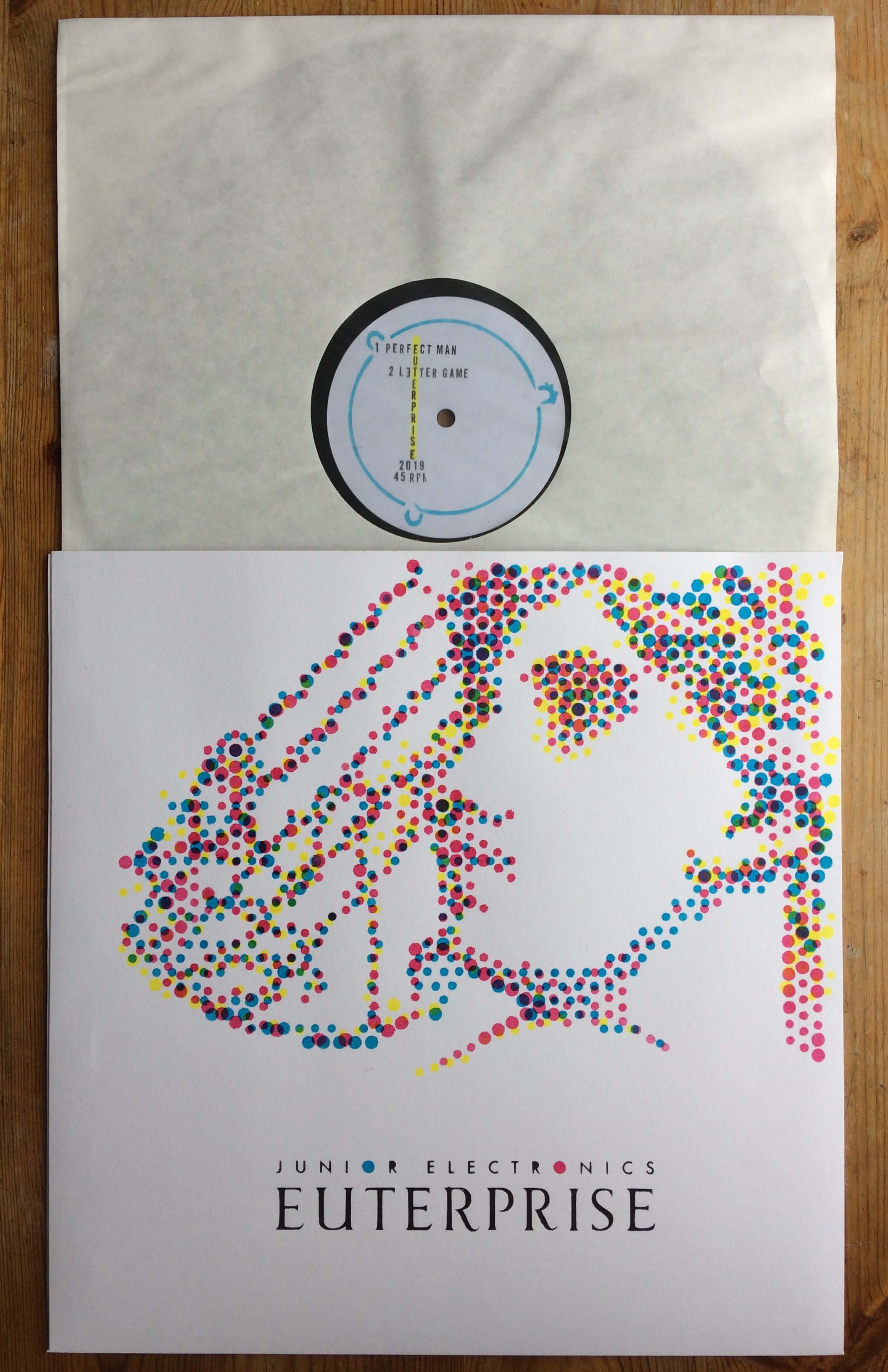 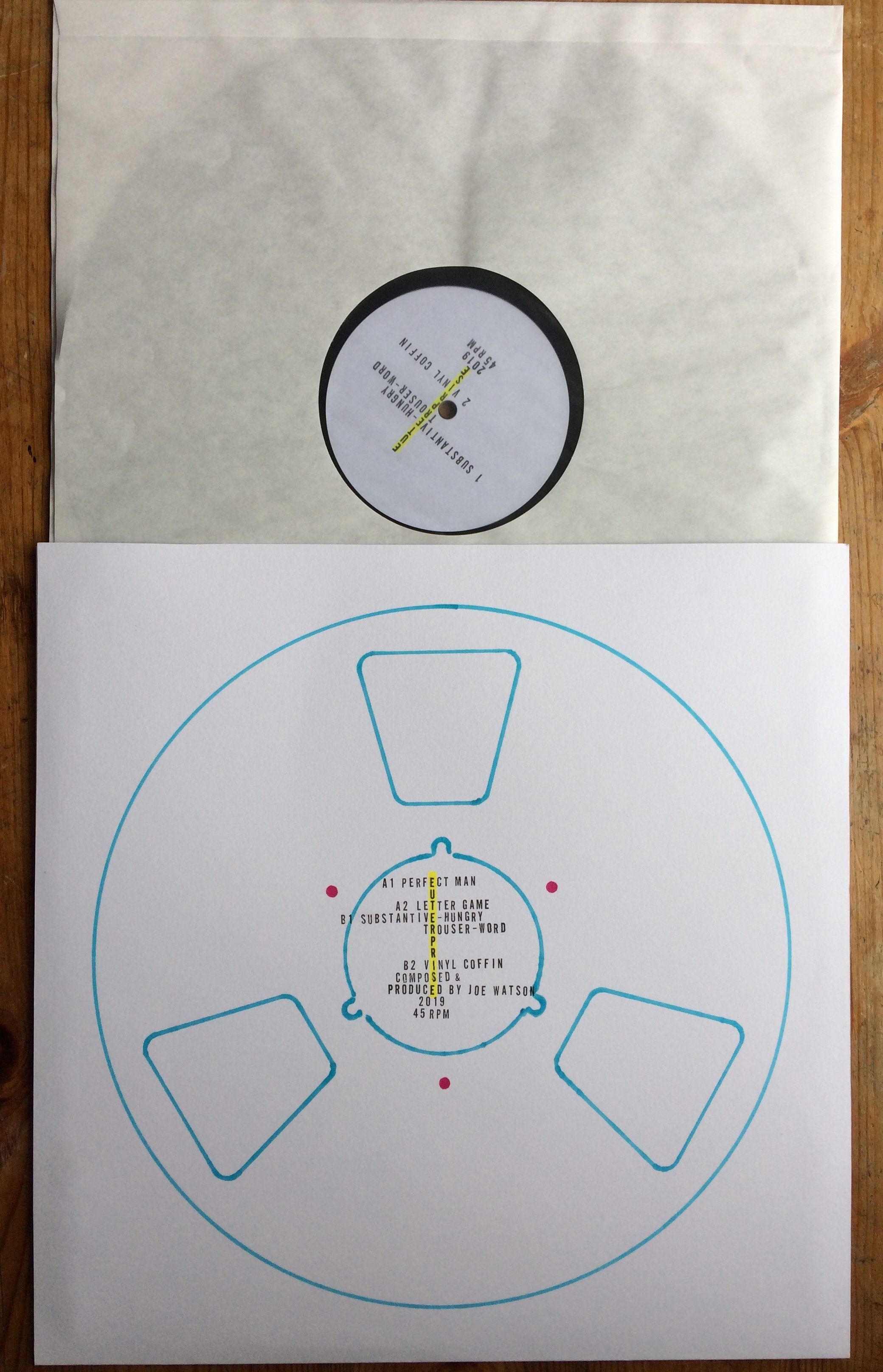 The artwork uses a combination of stencil, hand printing and pens. All colours are CMYK process colours: cyan, magenta, yellow and black. The image on the front cover is of Euterpe herself, and is adapted from a mosaic on the wall of the Salle Rameau in Lyons.

This process was repeated for yellow and cyan, with the triangular grid being rotated each time. There was also a black layer, but that was not used in the final artwork. 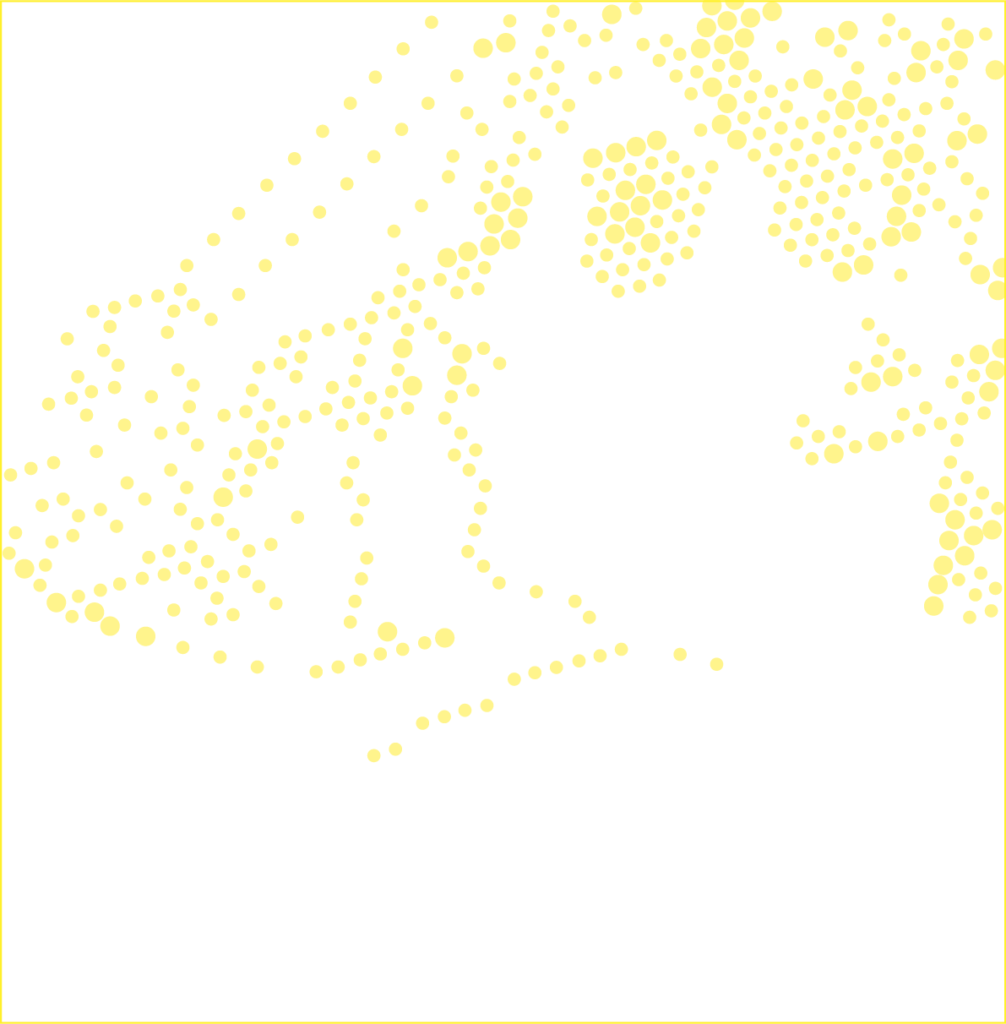 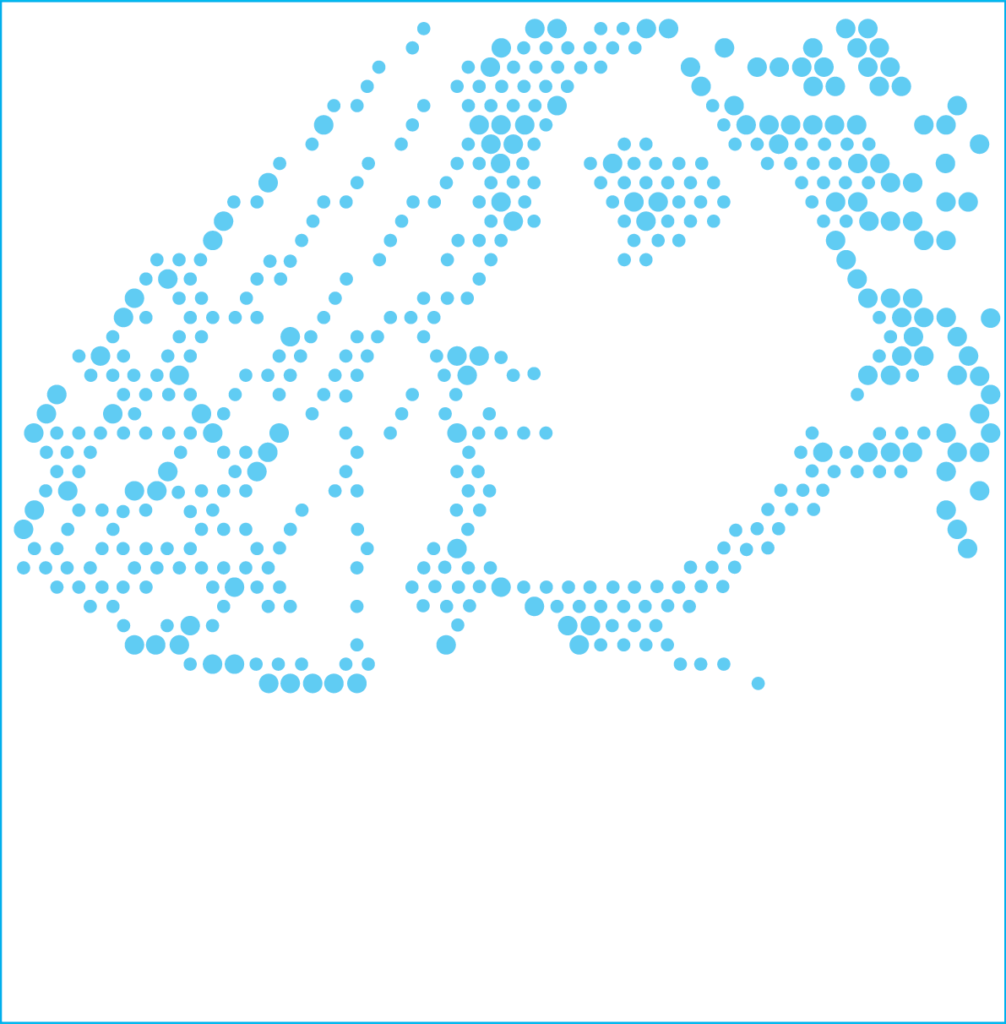 The three separate layers were then sent to a Silhouette Portrait cutting machine, where three stencils were cut from mylar, one for each colour, each dot being cut as a hole. 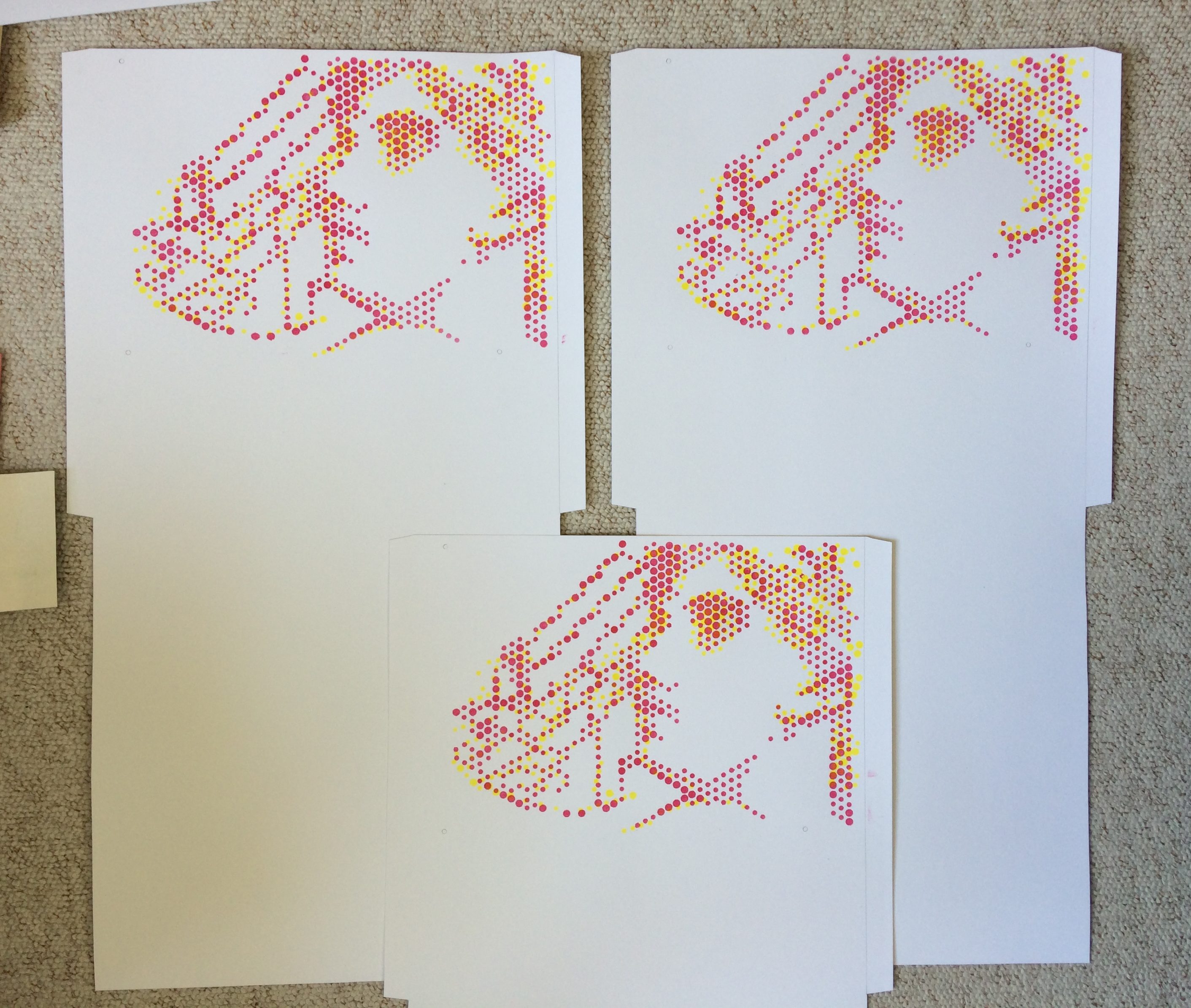 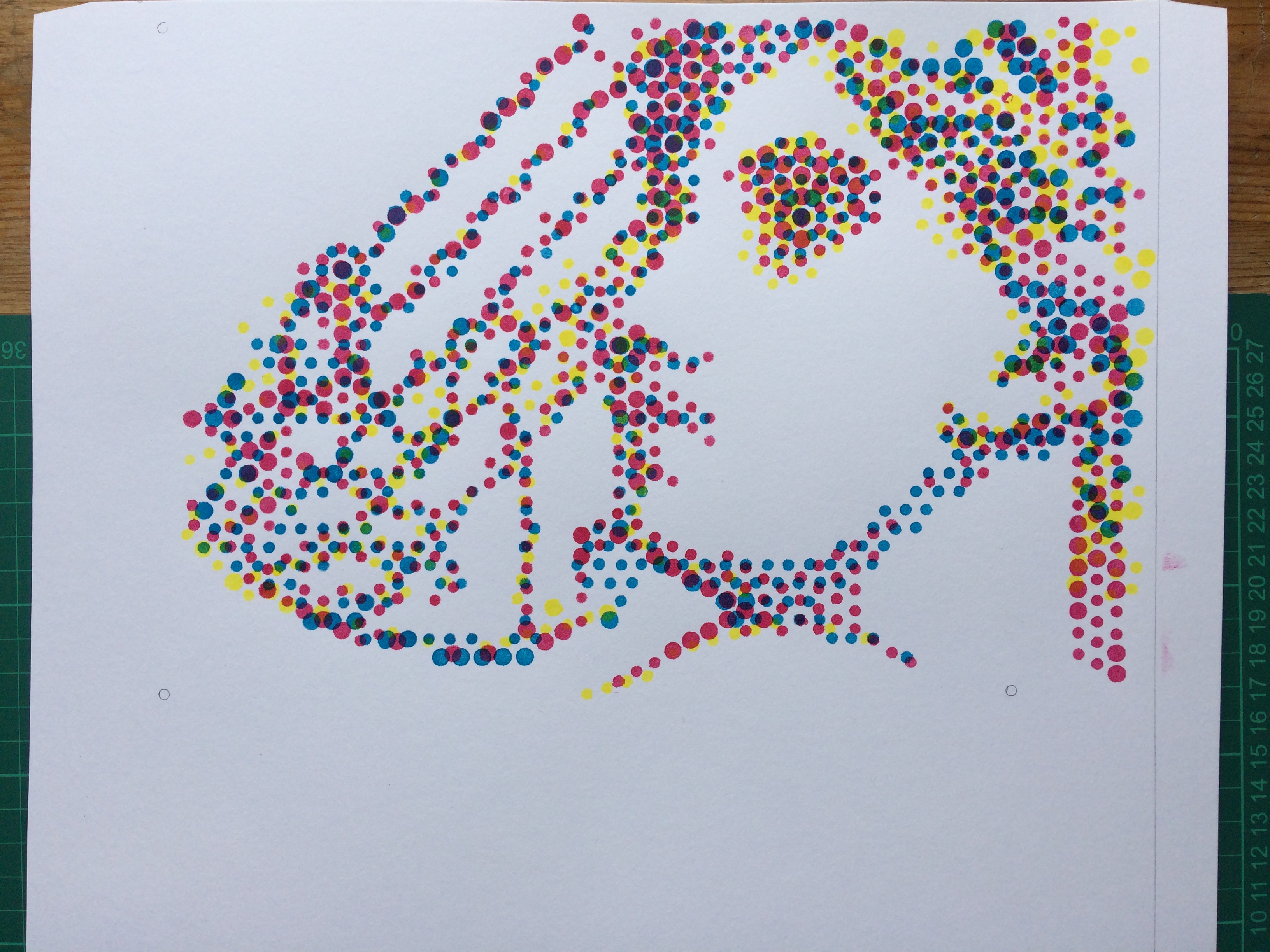 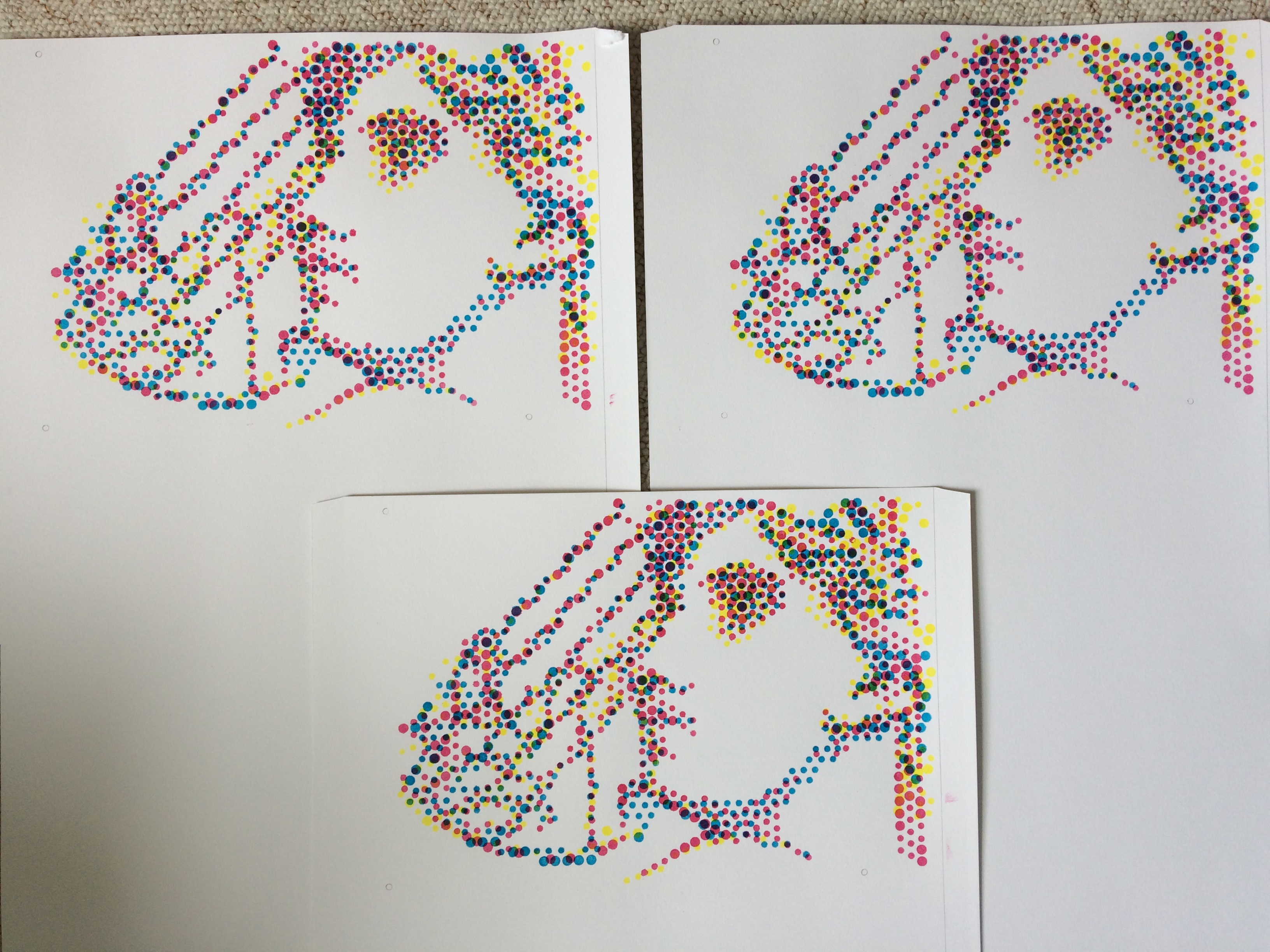 The lettering on the front cover was also produced using a stencil, screen printing inks and sponge. ‘JUNIOR ELECTRONICS’ is an adapted Futura, with counters (the holes in letters like O and R) filled in for the stencil. I also took the opportunity to link the dots of the main image with the Os in JUNIOR ELECTRONICS by colouring one cyan and one magenta:

The typeface for EUTERPRISE originally comes from a stone carved plaque situated in the Silverstone building of Sussex University, just downstairs from my office: 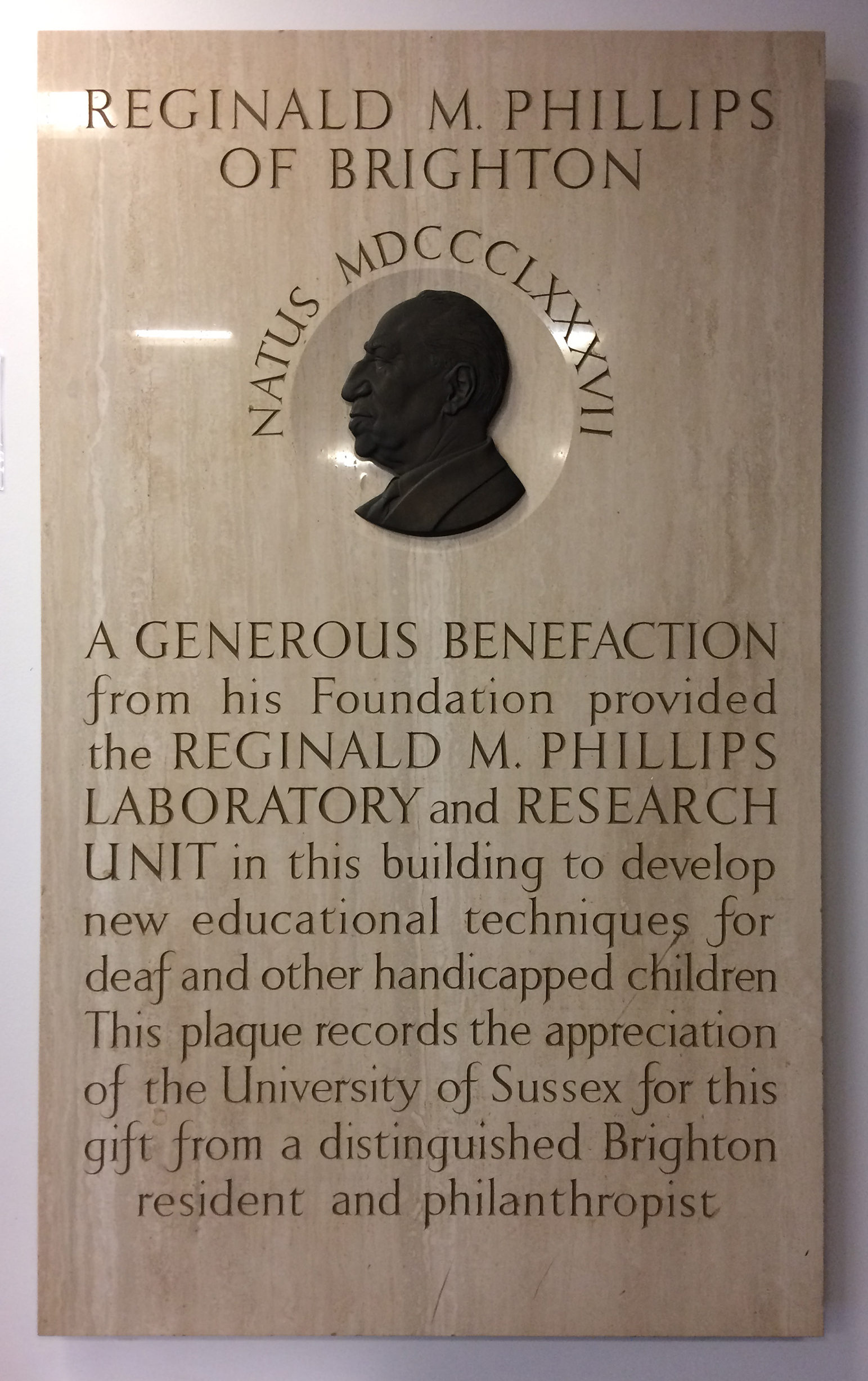 I photographed individual letters and then put them together in Photoshop:

An outline was created in Illustrator:

This outline was further altered to allow the whole thing to be made from one stencil. This involved opening up the bowls that enclose the counters on the  Rs and the P:

This was then sent to the Silhouette Portrait, along with the JUNIOR ELECTRONICS type to cut the stencil. This was then stencilled using process black, cyan and magenta:

This stage completed all of the stencilling for the cover. 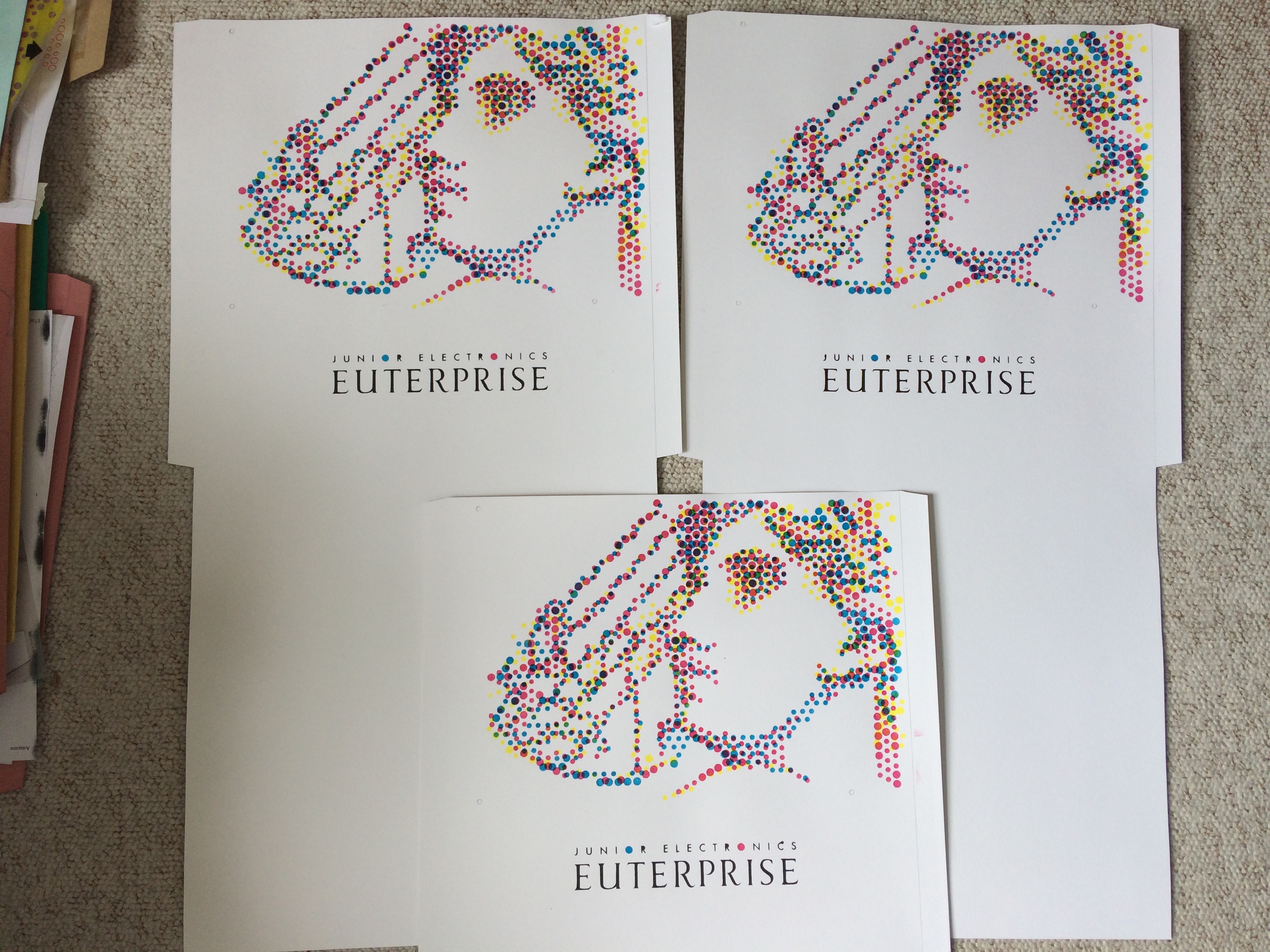 The back cover was much simpler and quicker to complete than the front. The metal flange from a ten-and-a-half inch reel to reel tape was drawn around with a Copic cyan marker pen. The holes in the flange were filled in with a magenta Copic marker. The text in the centre circle was printed using a Dormy hand-printing kit. The text is in the form of a mesostic, a typographic form beloved by John Cage, and used extensively for the Junior Electronics album Musostics. The central EUTERPRISE spine was highlighted with a yellow Copic marker pen. 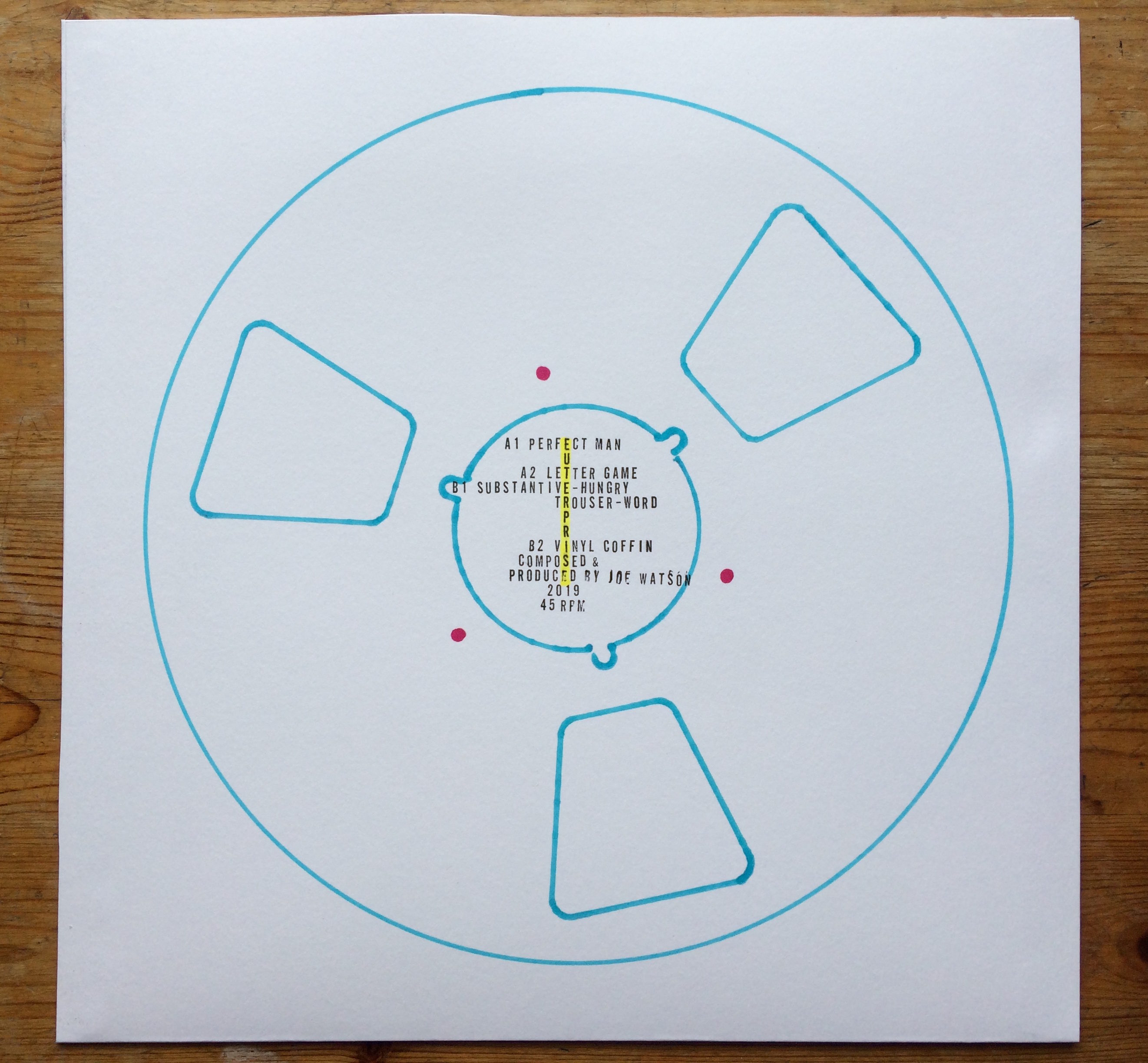 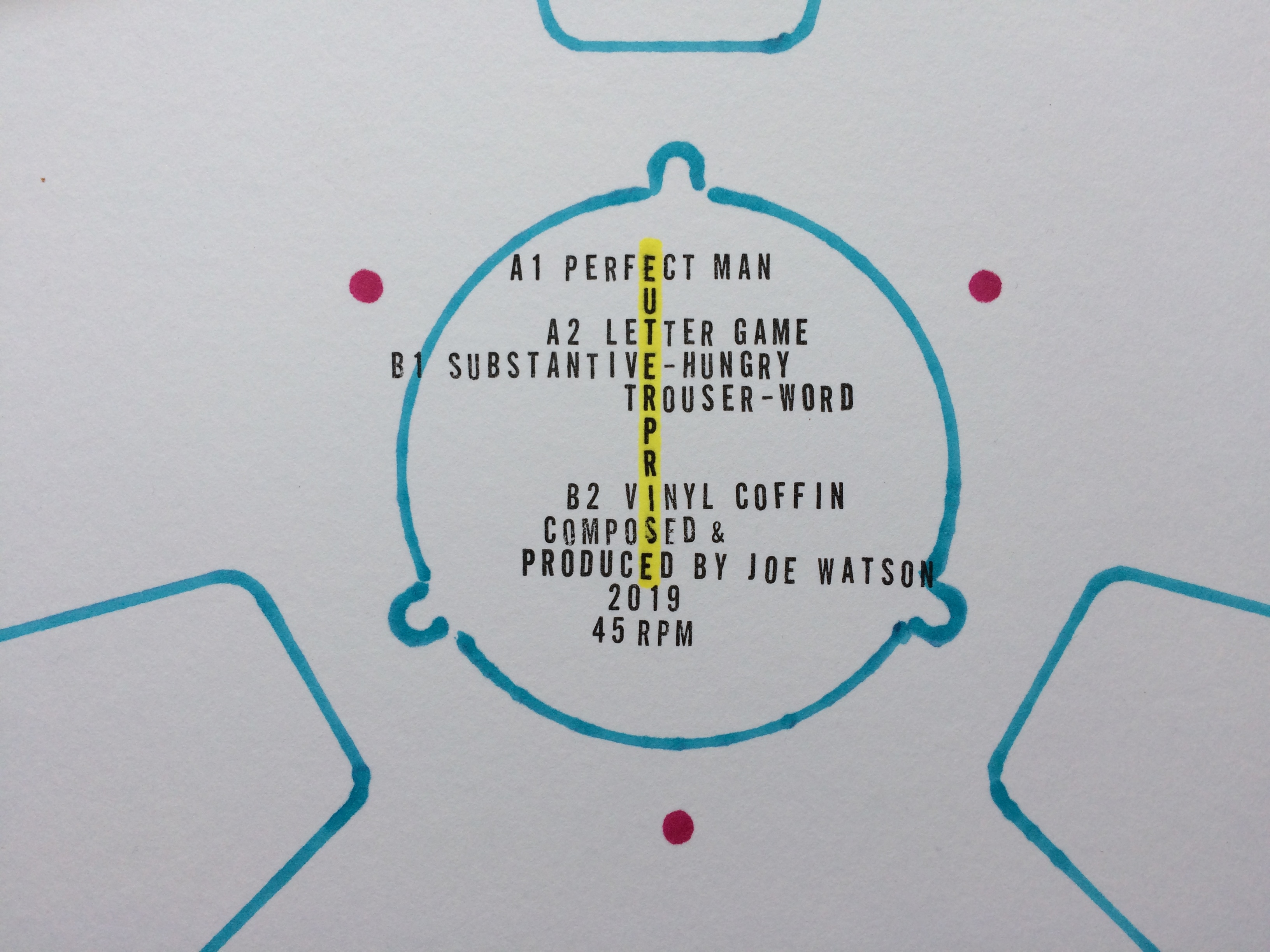 The labels for the A and B side of the record were printed using the same Dormy hand printing kit. The A side also uses the inner circle of the reel flange. 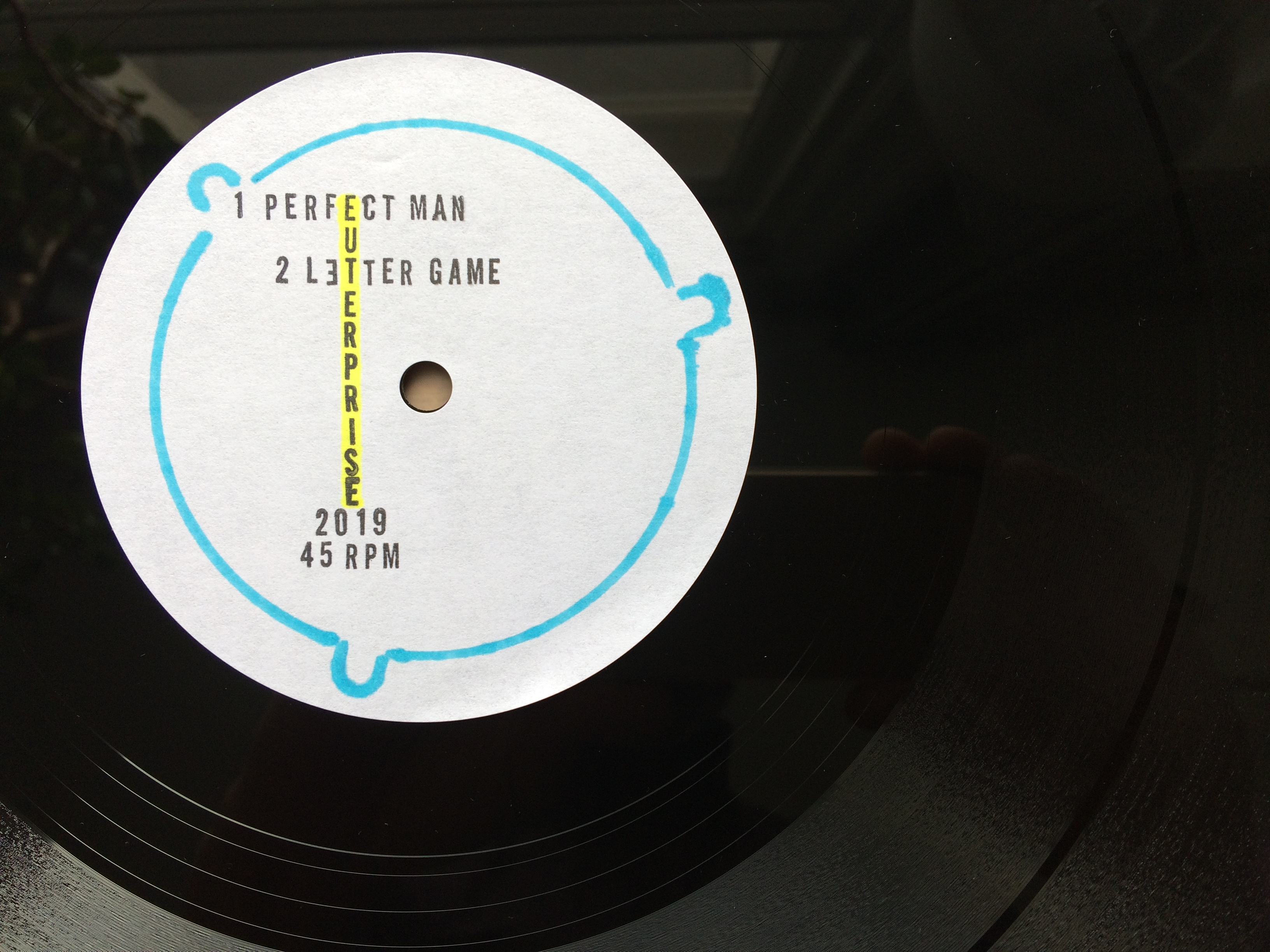 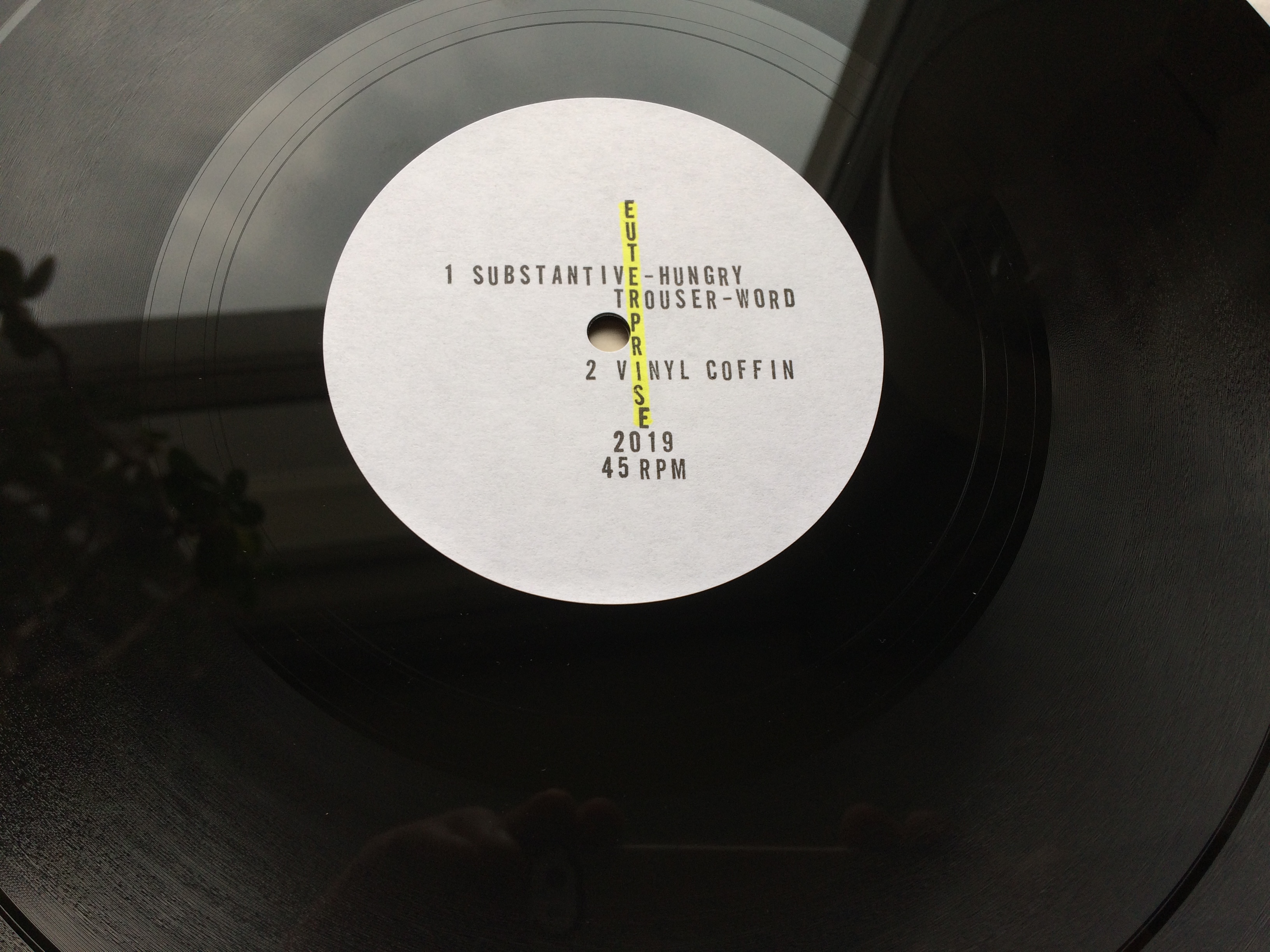 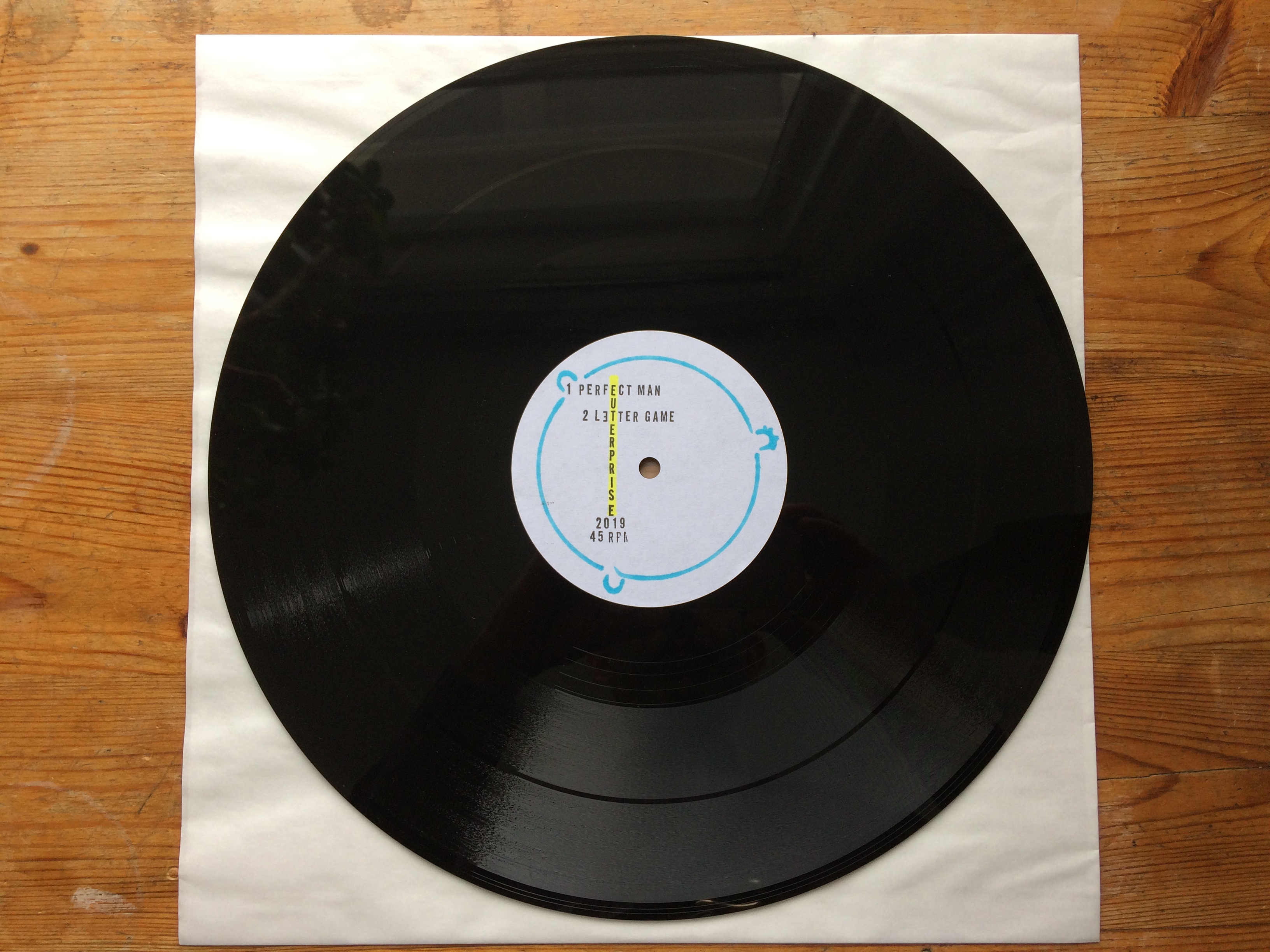 The last thing to do was fold and glue the cover, and then put each record into a protective plastic sleeve (recycled from my record collection). The last photo below shows one of three final submission packs with record, printed thesis and memory stick: 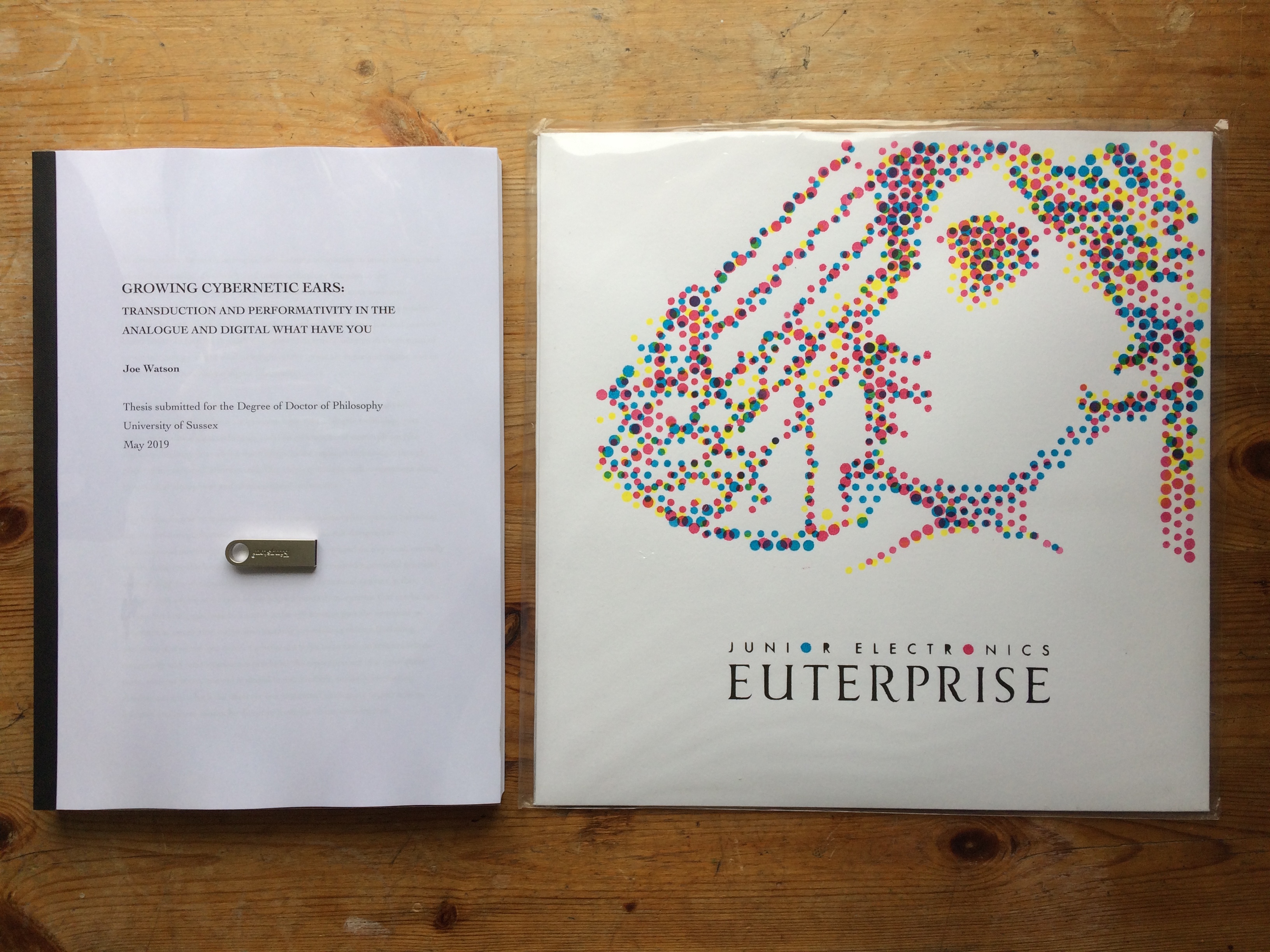