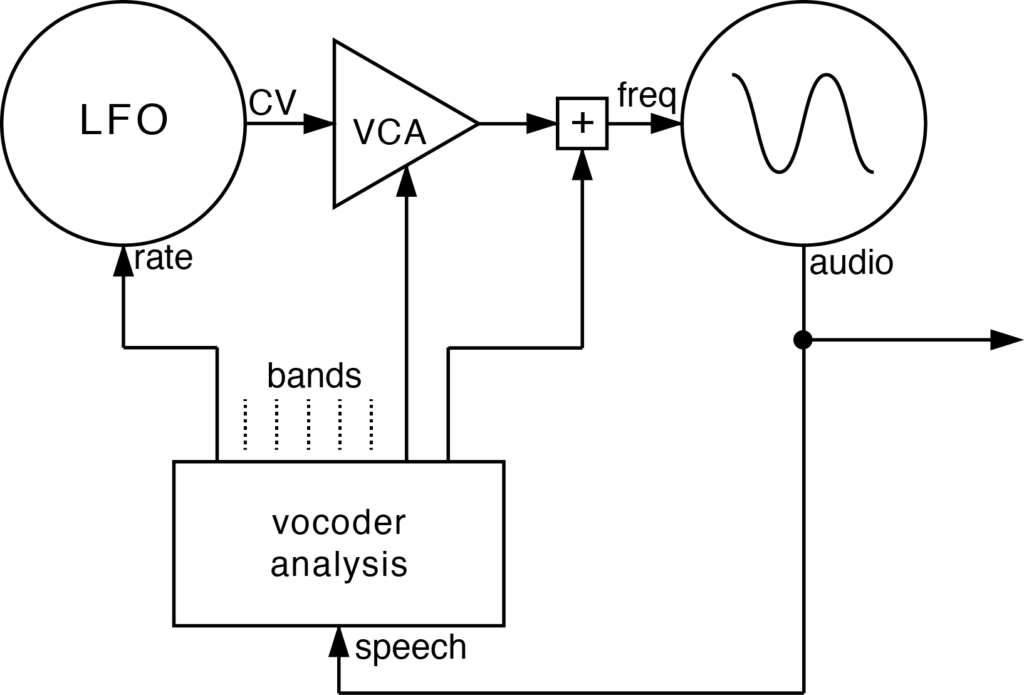 The Moog MF0-102 ring modulator is here used only for its carrier oscillator and its LFO. The patch also uses a Doepfer A129/1 vocoder analysis, and a Doepfer A119 external in module. The ring mod oscillator outputs to the A119, which splits the signal, sending to the mixer (what we hear) and to the vocoder speech input. Three outputs of the analysis bands are sent to the ring mod LFO rate input, LFO amount input, and oscillator frequency input. The LFO’s rate is controlled by one of the outputs of the vocoder. The LFO send a CV to an internal VCA, which is CV controlled by another signal from the vocoder. The VCA outputs a CV that controls the frequency of the oscillator, which is also being modulated by the frequency input (from the vocoder). In this sort of feedback network it is impossible to specify what is controlling what. The second video shows how different vocoder analysis band outputs change the behaviour and the sound.

This system gets us much closer to what would become The Thing Breathed. As you can see from the schematic it shares much of the equipment and architecture of TTB, and you can hear a ‘breathing’ quality that was to remain a constant, and inspire the title of the final performance piece. From 1:50 you can see me play with various parameters on the Freqbox and ring mod. This gives a good indication of the kinds of changes I make in performance of TTB. 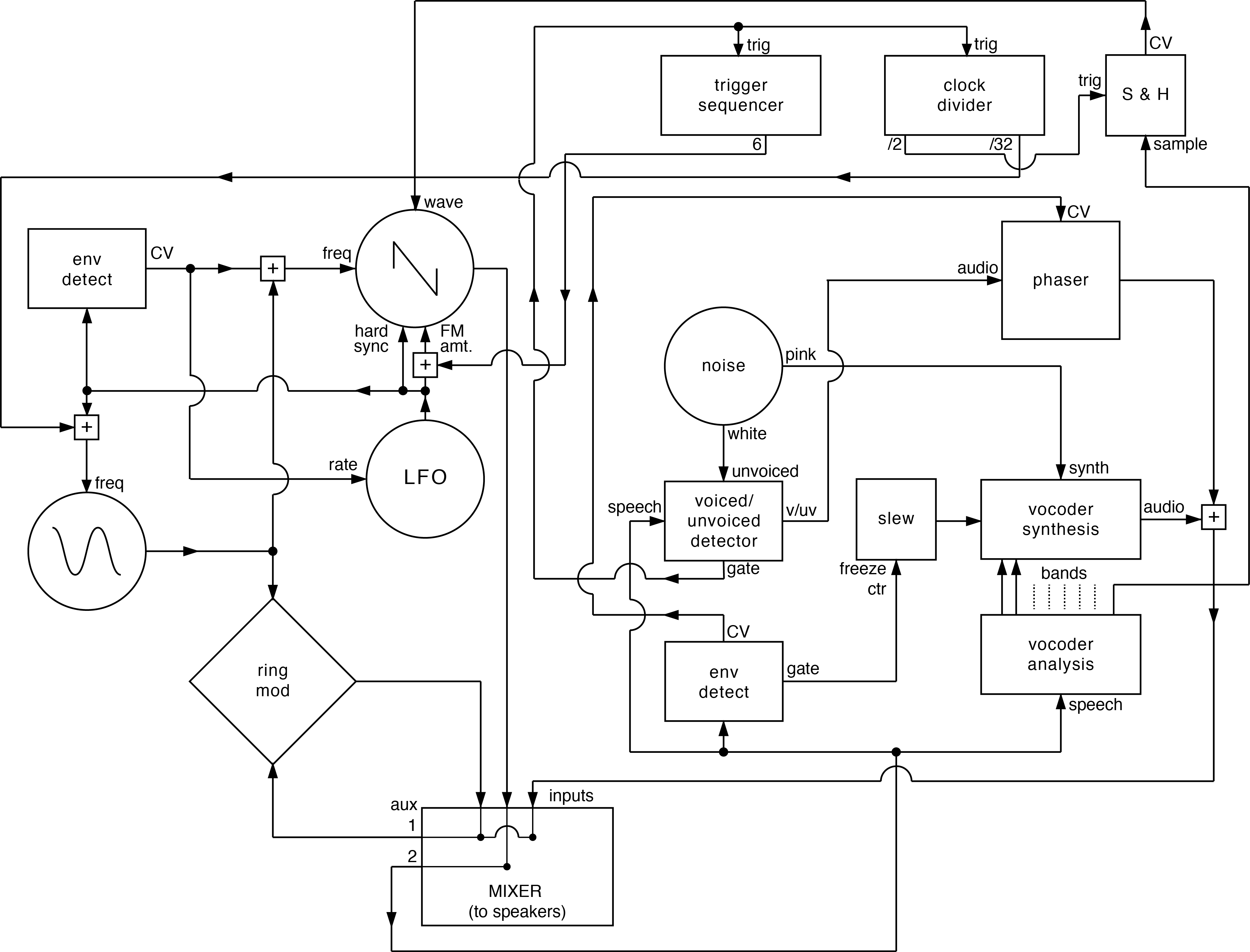 This patch builds in more complexity to the previous patch, though that doesn’t necessarily mean it sounds more interesting. Though there is sonic interest here, it would be the previous patch that I would return to before eventually finalising the system for The Thing Breathed.